In 1970, Led Zeppelin band members Robert Plant and Jimmy Page wanted a new song to use as the centerpiece of their concerts. so they retreated to a cottage in Wales, as you do in these situations. And when they emerged, they had the genesis of the song that’s made so many “Best of…” lists, it’s actually created some backlash over the years, including from Robert Plant himself.

The song proved so popular when the Album-Oriented Rock stations played it that people immediately asked, “Where can I buy this single?” And the answer was, You can’t. Go buy the album.

The album was Led Zeppelin IV (or, just “the fourth album”, or Zoso if you like reading too deeply into things), and the song was “Stairway to Heaven” (because, duh). And while “Stairway” was never released to the public as a 45 single, the album sold like hotcakes, becoming one of the top ten selling albums of all time.

That’s not to say that there wasn’t a 45RPM record, however: a promotional copy was sent to radio stations (see below–note the small spindle hole), and a jukebox copy was created for play in those machines.

I’m sure you know the drill by now: If you have iTunes or some other podcatcher, you already have this one in your library. For downloading or listening while you’re doing other stuff, you can click on the player below.

And, naturally, every little bit of feedback helps! 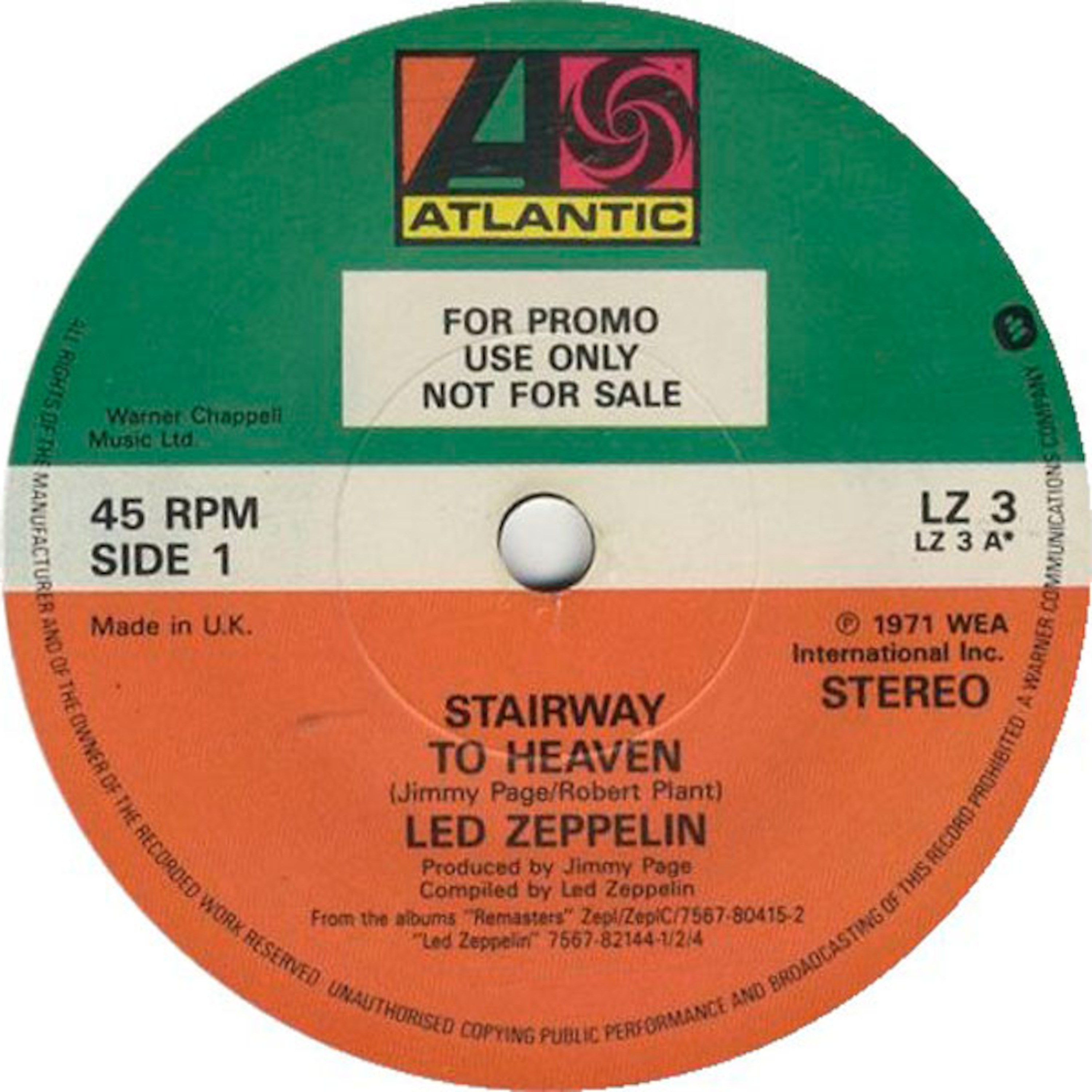 Led Zeppelin’s biggest, most definitive track and unless you have several hundred bucks, you’re not likely to see it on a 45 RPM record. 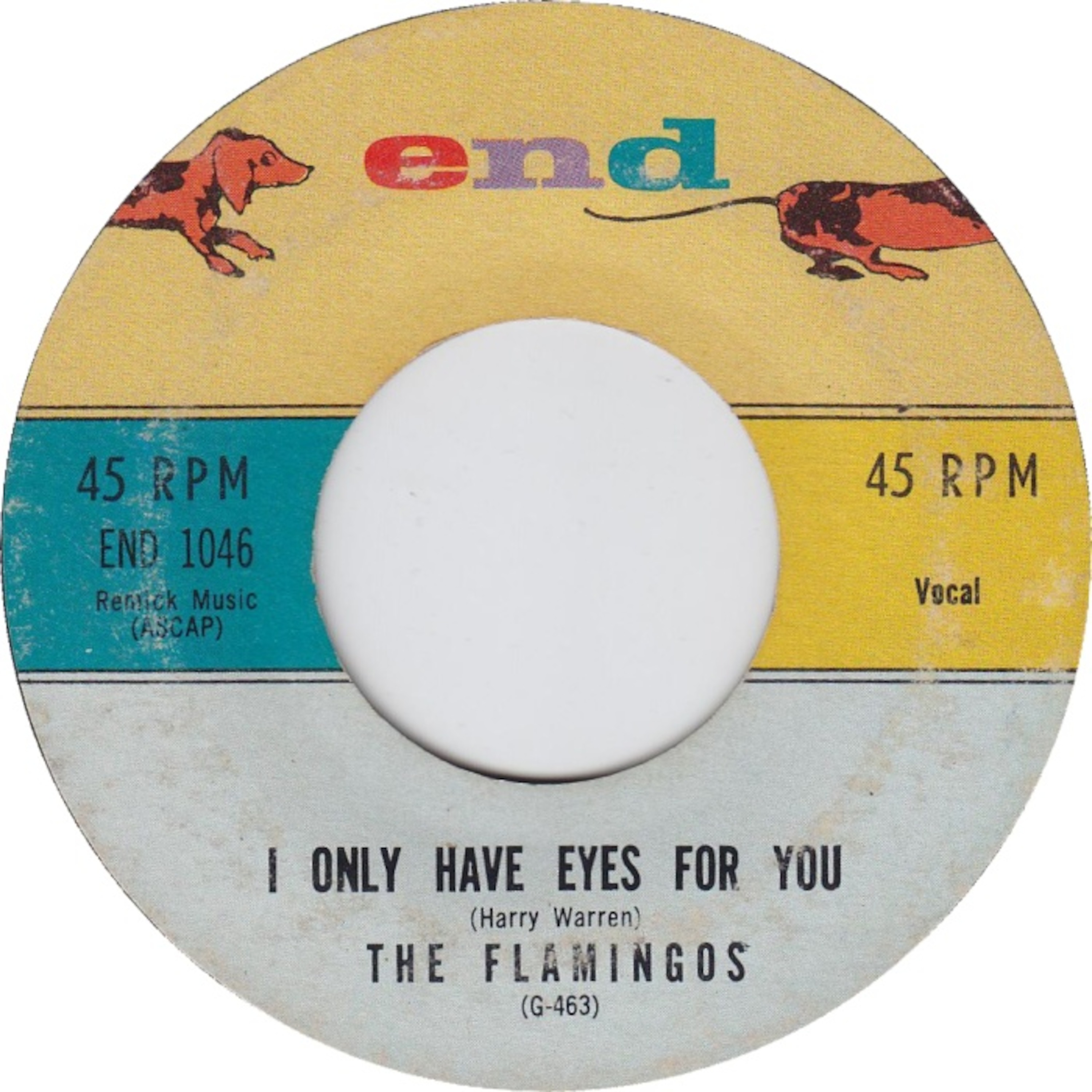 The Flamingos’ biggest hit gets its origins from a 1934 movie starring Ruby Keeler and Dick Powell.

Back in the 1950s, cover songs weren’t a big deal at all, especially if you were in a doo-wop group. Most of those groups started out in churches and in schools, and performed on street corners or Amateur Hour shows, and they weren’t writing their own material so much as they were adapting the songs that they’d heard and already knew. So it was with The Flamingos and their biggest hit, “I Only Have Eyes For You,” which dates back to the 1934 film Dames, featuring Dick Powell and Ruby Keeler. Check out this mostly-instrumental “dance” number!

For a song that’s so well-known among Oldies fans, it didn’t do that well on the charts in 1959, peaking at #11 on the pop chart and #3 on the R&B chart. And I have a theory about that, but you’ll have to listen in.

As usual, you can get it via your favorite podcatcher (and I SWEAR I’ll publish on time this week!), or you canclick on the player below to listen/download:

And, of course, leaving a positive rating in iTunes or other software is always helpful. Thanks for listening!

So for those of you who listen via iTunes, or some other podcatcher: I owe you a huge apology.

I’d uploaded this week’s episode into Podomatic, which hosts my RSS feed, but somehow I managed to miss hitting the “Publish” button. It’s a mistake I didn’t catch until today. At any rate, the problem has been rectified, and I’m a dope.

Also, I had one thing in mind for this week’s show, but I’m going to do another thing instead, because the first idea gave me writer’s block.

Let’s meet here again on Saturday, shall we? 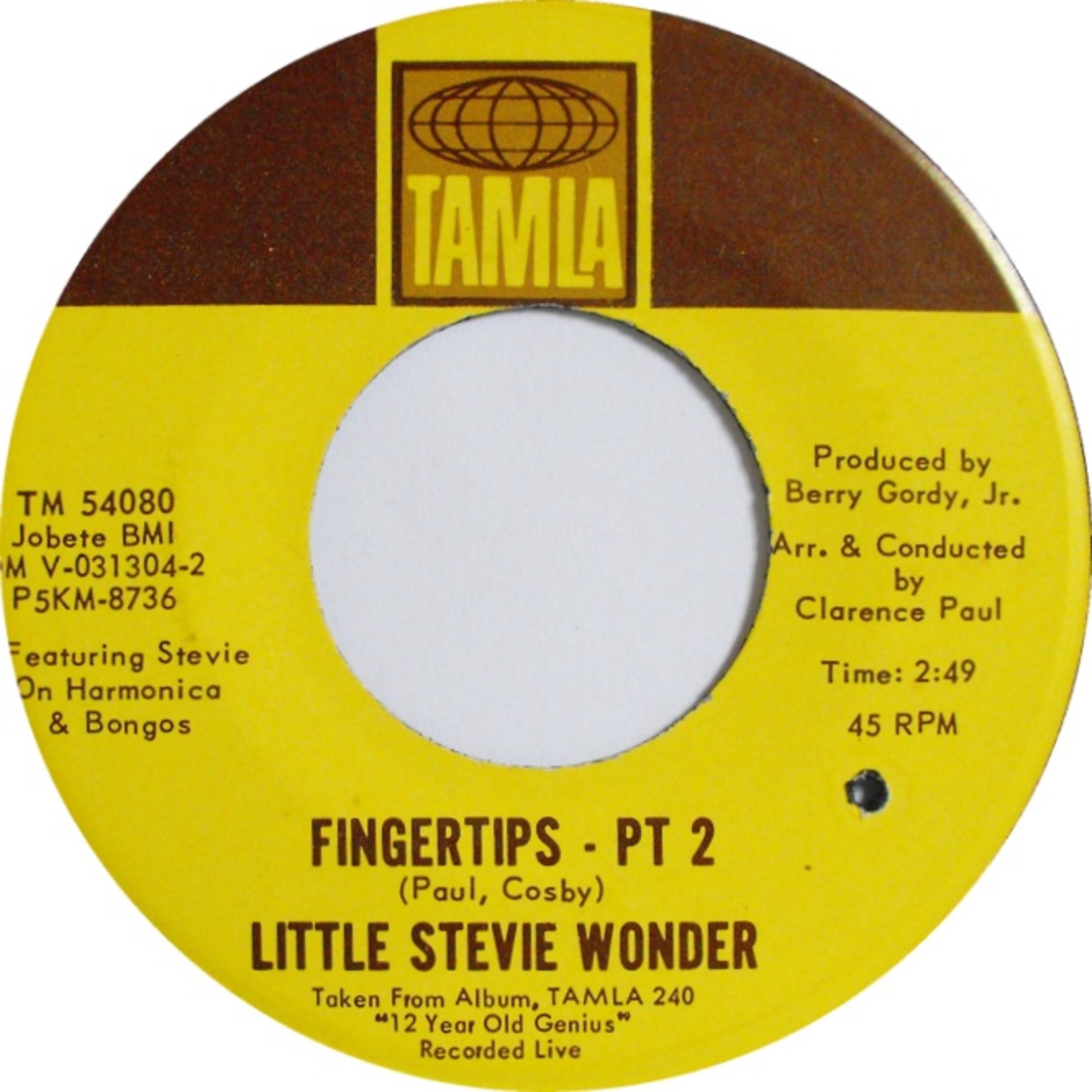 I love a good call-and-response.

Stevie Wonder’s “Fingertips Part 2” was only the second Number One hit for Motown Records. The first was 1962’s “Please Mister Postman” by the Marvelettes. (Fun Fact: the drummer on both these songs was Marvin Gaye! He was still an up-and-coming artist, so he played as a session musician on a lot of the early tracks for the label.)

But Motown had a bit of a tough time getting audiences to appreciate The 12-Year-Old Genius, and even this song wasn’t the catalyst for his career. It took a little perseverance and the onset of puberty to turn him into one of Motown’s biggest performers, with a career that’s still going strong fifty-five years later, and counting.

Listening to the show: if you have podcast software, you can search for this show by name and listen at your leisure.  Or you can just listen to/download it here:

And, of course, I absolutely welcome feedback of any kind.

In the 1960s there was a doo-wop girl group called the Blue Belles (sometimes known as The Bluebelles, or Patti and the Bluebelles). After Cindy Birdsong left the group in 1967 to become a Supreme, the group reinvented themselves and became Labelle. In the early 1970s they were a funk-rock group, recording covers of The Rolling Stones, Carole King and all kinds of other stuff that no other similarly-composed group would even consider. But another couple of years went by and they reinvented themselves again, embracing the the Glam Rock look and

sound, and it was during that era that they scored their biggest hit, a proto-disco-funk track called “Lady Marmalade”, which went to Number One on the Billboard Chart in March of 1975.

Over the years since then, Labelle’s influence can still be heard in the sounds of groups like En Vogue, the Pussycat Dolls, and Destiny’s Child. Their fearlessness has inspired at least a couple of generations of pop musicians, and even their non-hit tracks are regularly covered. “Lady Marmalade” was inducted into the Grammy Hall of Fame in 2003, and I’ll bet you didn’t even know that “Grammy Hall of Fame” was even a thing.

If your podcast catcher hasn’t figured it out yet, you can always just click on the player below to listen right here (or download it, if that’s your thing) while you admire those feathery outfits.

And, of course, it would be a great birthday present to me if you took the time to give the show a positive rating in whatever software you use to listen to podcasts. 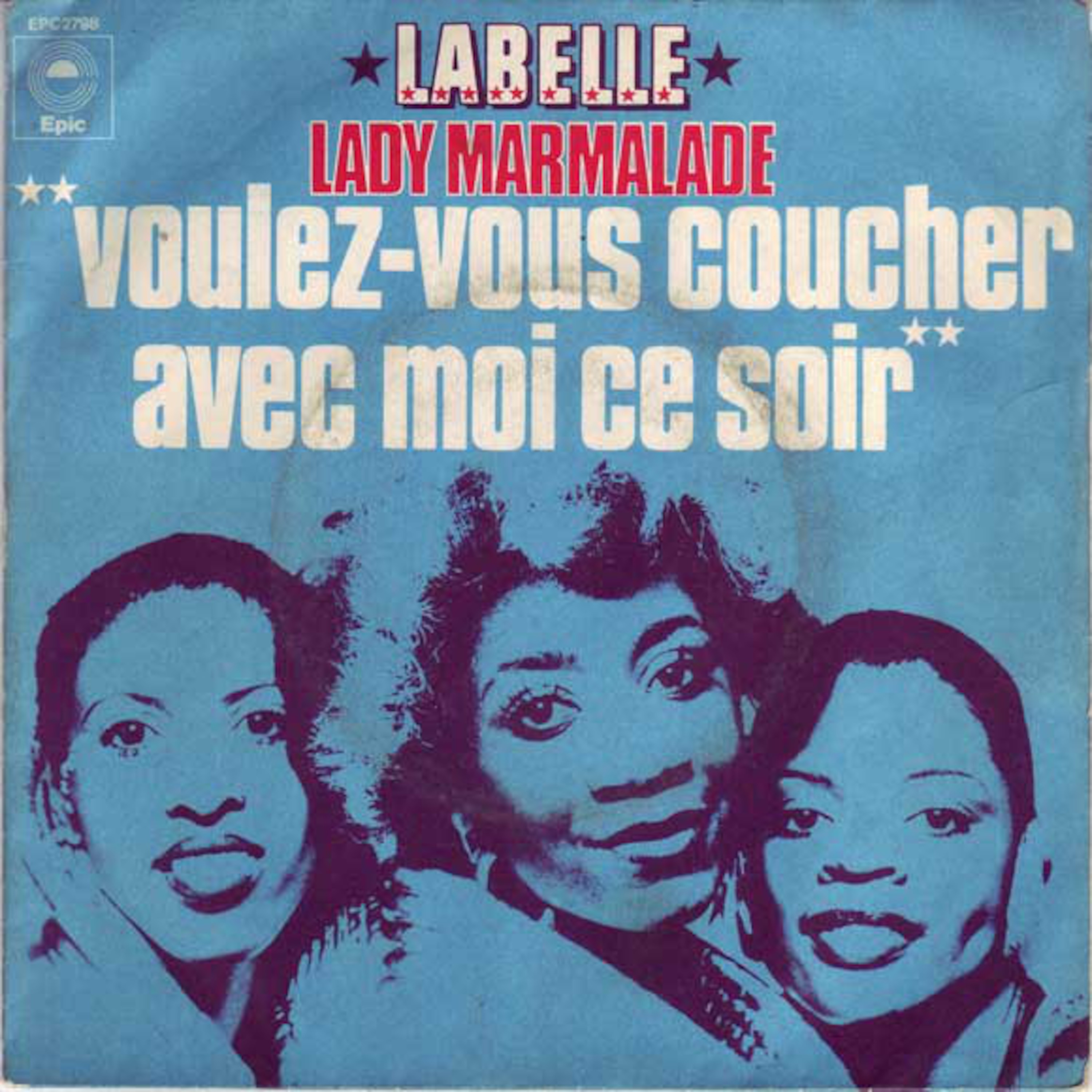 Labelle was a girl doo-wop group in the 60s that remade themselves into a funk rock group, and again into a glam rock group, finally hitting #1 with this proto-disco track.