As I mentioned last week, the show is taking a brief break so that I can get a little bit ahead of the production curve.

Work has been extra-crazy this month, and life has thrown a few curveballs our way, and it’s pushed me into a place where I’m killing myself to put together a show that, ultimately, isn’t as good as what I’ve gotten used to producing here so far. And it arrives late, besides. That’s not fair to me OR to you.

So go play catchup if you’re a new listener, and the show will be back on October 13 when I take a look at ‘Both Sides Now.” See you then!

In 1978, Benny Mardones was a struggling singer-songwriter whose first album tanked partially because the label went bankrupt shortly after it was released. In fact, it remained out of print until 2012, when another label got ahold of it and released it on compact disc.

The story goes that Benny was living in an apartment in the Spanish Harlem neighborhood of Manhattan, and there was a family in the building that was on hard times, so he helped support them, in part by paying their 16-year-old daughter Heidi the sum of $50 a week to walk his dog.

As they got close to finishing his second album (and the first for his new label), Benny and his writing partner were working out a song when Heidi came through the door to get the dog. It was then that they realized they’d been working all night long, and the partner’s response to Heidi’s presence inspired the opening line to the song.

And, as the story goes, the rest of the song is Mardones trying to express his deep affection for the Heidi and her family despite all the bad stuff that’s happened to them. And there’s a certain recognition that his success isn’t necessarily their success. Now, that’s pretty much the story that Mardones has told repeatedly, and I guess you can believe him, but it also makes you wonder why he agreed to the plotline that appears in the video, which makes him look like a middle-aged guy creeping on a teeny bopper (who, incidentally, has exactly one facial expression throughout the video).

The song made it to Number 11 in 1980, and again in 1989, putting in 37 non-consecutive weeks on the charts, the second-largest number of weeks on the Billboard Hot 100 in the 1980s, but not even close to the all-time record (I’ll let you Google it, the answer is kind of depressing).

Anyway, your Podcast Republic app should already have this show captured, but if you’re a Ron Swanson type who does things the hard way, well then feel free to listen or download it from right here.

And, of course, any and all feedback is all kinds of welcome. 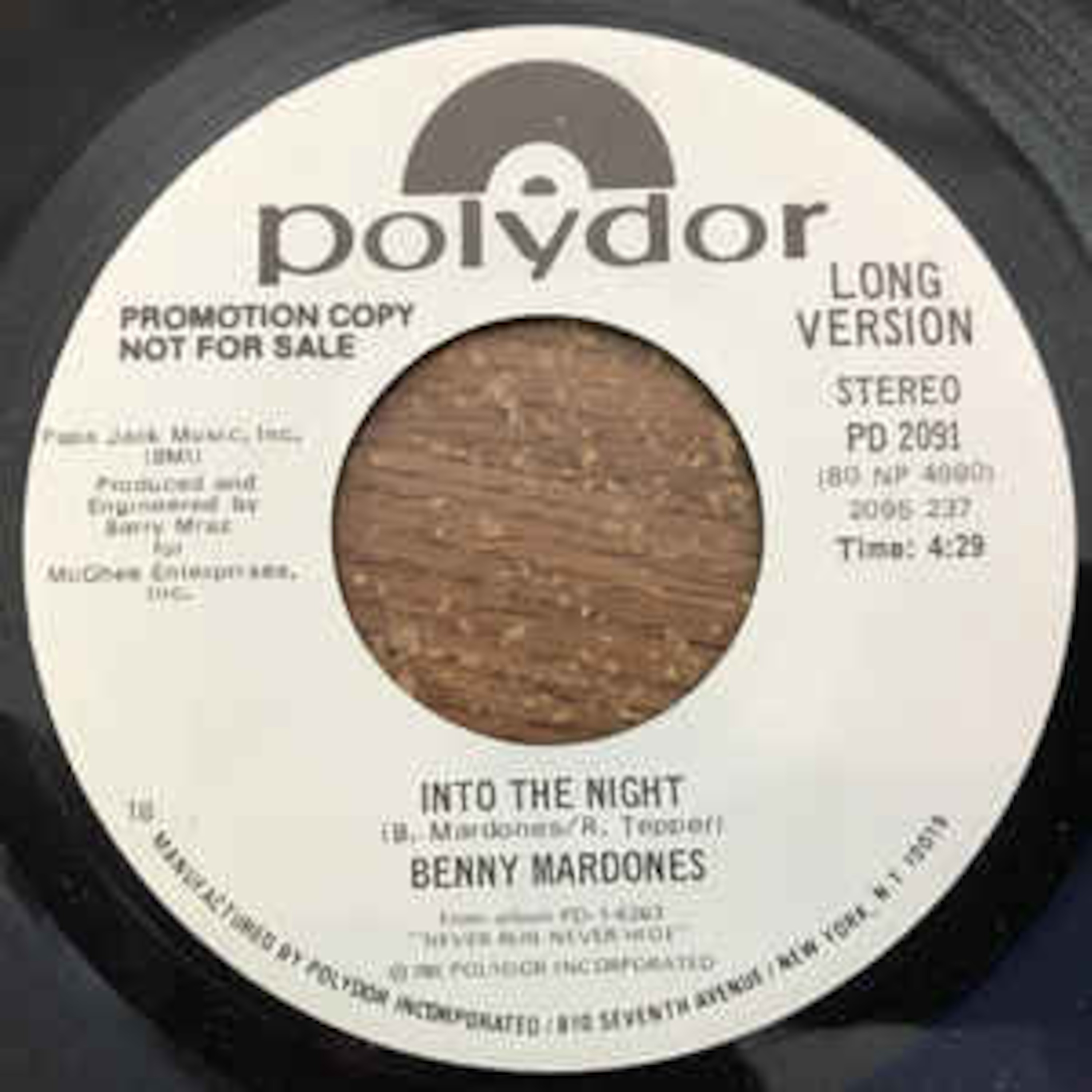 Benny Mardones may be the only person to be a one-hit wonder twice, charting two times with the same version of the same song.

The year was 1958, and a guy named Fred Fassert wrote a song about his sister. Guess what her name was? I’m sure you know it was Norma Jean.

Ha, Ha! Just kidding! It was Barbara Ann! But I’m pretty sure the title of the post gave that away.

And now that I think about it, and all the girls named Barbara who had to put up with people singing that song at them, I’m not entirely convinced that he didn’t write the song to needle her just a little bit.

Anyway, he and the rest of his group, the Regents, recorded the song but they couldn’t get a label to distribute it, so they eventually broke up.

Three years later, a record distributor in New York picked up the recording and released it locally, where it became a hit in the NY Metro area. That distributor, in turn, leased the recording to Gee Records, which sent it nationwide and it became a #13 song for a band that no longer existed (and where have we heard that one before?)

A couple of years after that, the Beach Boys, under pressure to record something for Christmas 1965, put together a “party” album that was carefully crafted to sound like a spontaneous get-together, and they recorded a bunch of older songs that they happened to like. One of them was the old Regents tune, and they got Dean Torrence (of Jan & Dean) to sing lead. The tune closed out the album, and when radio stations started playing it, Capitol rushed out a single version of the record.

There’s more to the story, but if I tell it all here then you won’t listen to the podcast, and I can’t have that. So go check out your podcatcher, or listen/download through the player below.

And, as usual, please take a moment to leave a comment here, or a review wherever you get your podcasts from. 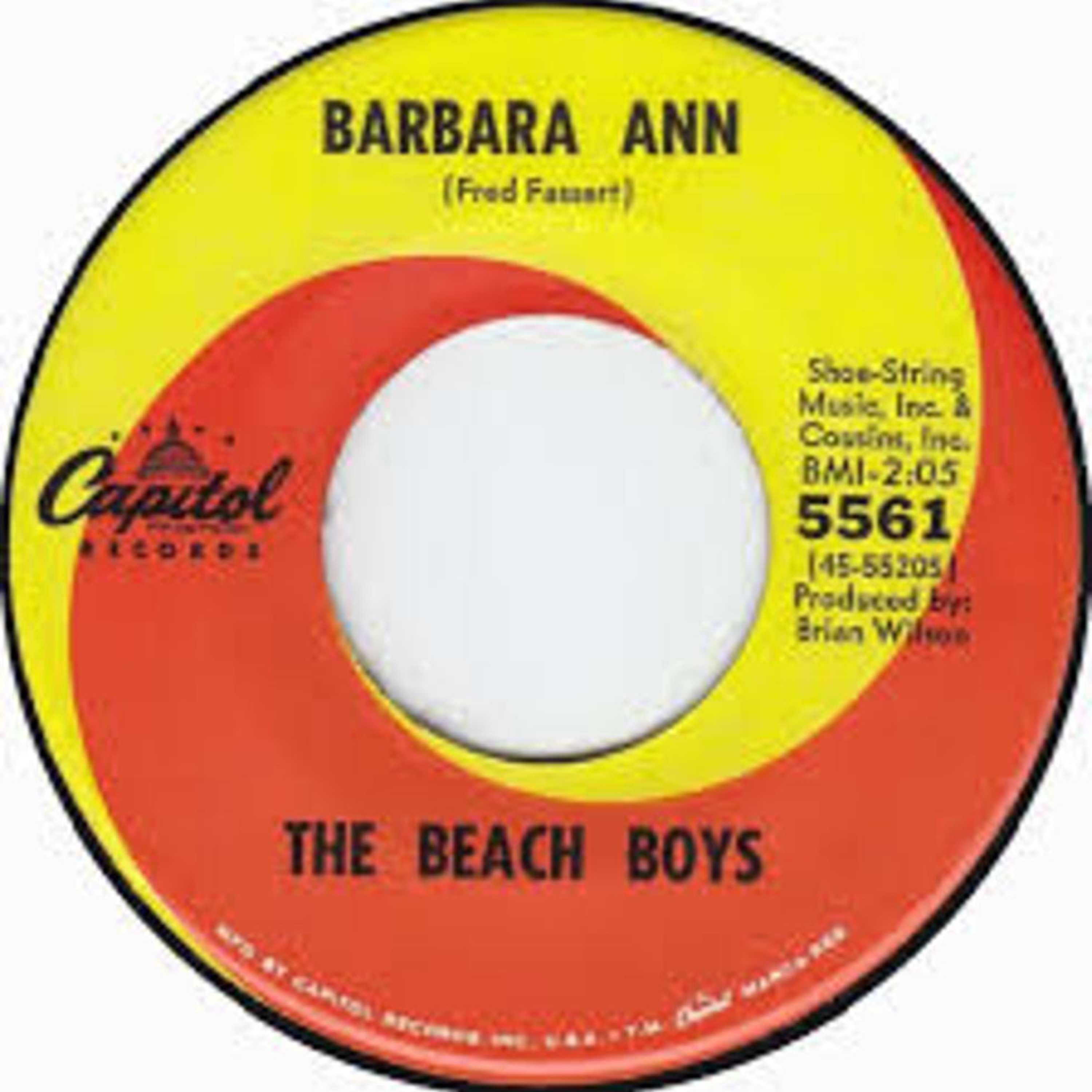 This hit from early 1966 isn’t quite the spontaneous fun party it sounds like.

The Billboard Hot 100 chart has been around for about 60 years. In all that time, only seven songs which weren’t recorded in English have made it to the Number One position. And there are several other foreign-language songs which enjoyed plenty of popularity without making it to the top spot, but the fact is, in United States it’s tough to score a hit if your song isn’t in English.

So this week I tried to come up with a comprehensive list of non-English songs that made it to the Top 20. This definitely became a case of “the more you find, the more there is to find” so I’m not at all sure I caught everything, but it’s a pretty good list, and at over 18 minutes, it’s an overstuffed episode besides.

I think that some of the songs that didn’t make Number One are going to be a surprise to you, but a couple of the ones that did, may also be surprising. And there’s one artist who actually hit the Top Five twice, with songs that aren’t in English. And no, it’s not Dean Martin. I shan’t spoil it here, but I will say that this one really knocked me out.

By now your podcatcher may have located this show, but if you’re content to listen or download it from right here, be my guest:

And, of course, I’d be most appreciative if you left a review somewhere in your travels around the Internet.

Alice Cooper (the band, not the guy) had released two albums without much success, so they turned their backs on Los Angeles and went to Detroit (as you do, I guess), where the people were already listening to stuff similar to their own. It was during that time that Alice Cooper (the guy, not the band) found himself watching an old Bowery Boys movie and he liked something that one of the characters had said.

As usual, your podcatcher is so clever that it’s probably found the file already, but if not you can click on the player below to download it yourself, or just listen right here.

And, of course, a kind word wherever you get your podcast needs filled would be a beautiful thing. 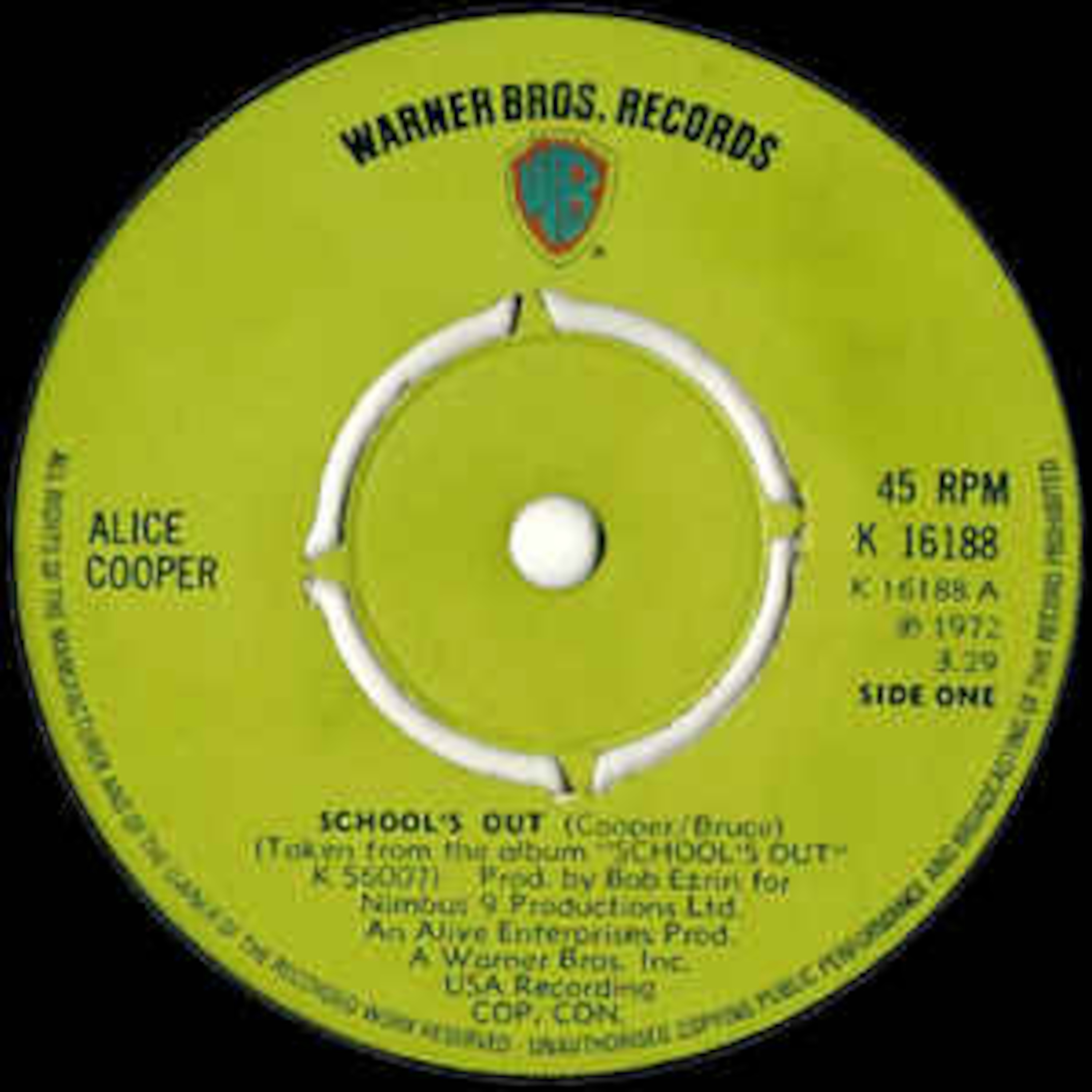 Alice Cooper’s biggest hit was inspired by two things: Old movies and the last three minutes of the school day.