The Grateful Dead were definitely a rock band, and at the same time they managed to defy most definitions with regard to their specific genre. Sometimes they were funky, sometimes they were bluesy, sometimes they were jazzy, sometimes even gospel. Usually they were jamming, and rather than discouraging fans from recording their concerts, they encouraged it, often even giving them opportunities to plug recorders into their own equipment. Going to a Dead concert was a weird, beautiful, communal experience, and I think the closest equivalent in the absence of Jerry Garcia and Company would be…I don’t know, maybe Phish? The one time I went to a Phish show was in 1999 at what was then the New Jersey Performing Arts Center (Now the PNC Bank P.A.C.), and it was a very similar vibe, right down to the joint being passed down the row from god knows where.

They started out as The Warlocks in 1965 but changed their name after they discovered that The Velvet Underground had already released an album with that title. Stories vary with regard to how they came up with the new name: Phil Lesh says that he found it in a Britannica World Language Dictionary; Garcia’s story is that he found it in an old dictionary of folklore. At any rate, the name stuck and the concerts became known as special events to be experienced.

But while they were enormously popular, their records didn’t exactly burn up the charts. While it took them a few years to crack the Hot 100, it was over 22 years before they saw their one and only Top Ten record. And coincidentally, that’s the one we’re talking about in this episode. 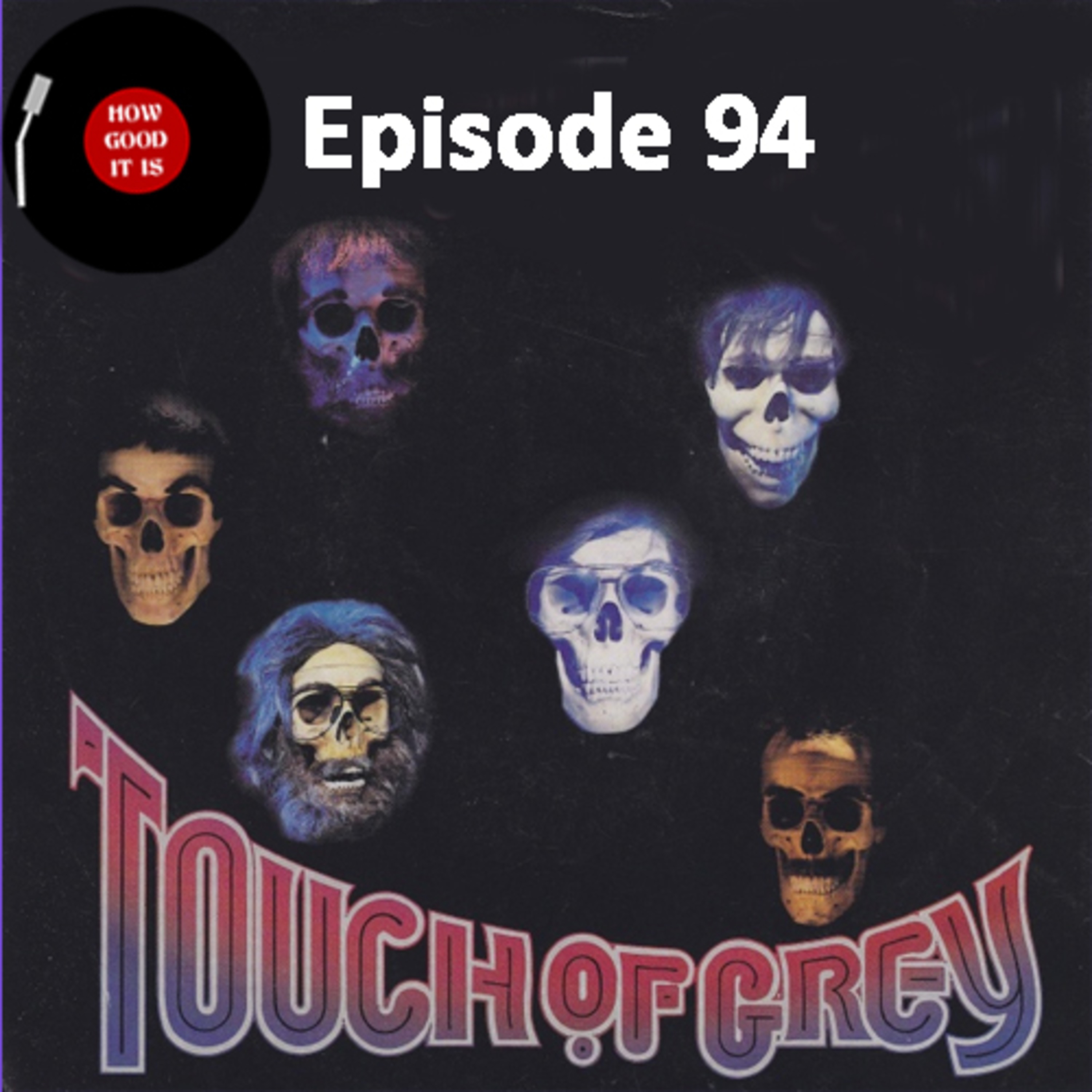 While the Grateful Dead was a very popular band, it took them 22 years to score their only Top Ten hit.

This week’s show was suggested by someone in the Listener Survey, so thank you, Kind Stranger, for making that suggestion. Maybe next time I do this sort of thing, I leave an optional space for putting your names in.

So the car in the episode artwork isn’t THE vehicle in question, but it’s the same make and model, and (I think) year. There are some stories that say it was a 1964 others that say it was a 1965. Both stories came from the Ides of March lead singer and songwriter Jim Peterik, so I went with a ’65 and called it done.

The Ides of March, incidentally, got their name from the play Julius Caesar, by William Shakespeare. They were originally the “Shon-Dels,” but Tommy James got there first, with a name that was close enough not to matter. Bass player Bob Bergland suggested the name change after reading the play, because they were still in high school and he’d read it as an English class assignment. They’d already gained some local acclaim with a song called “You Wouldn’t Listen,” which went Top 10 on the WLS surveys in June 1966 and made it to #42 on the Billboard Hot 100. See? You thought the Ides were a one-hit wonder, didn’t you.

A teenage boy is inspired by his on-again, off-again relationship with a girl who only seems to like him for his cool Plymouth Valiant.

Apologies for the delay; once again I’ve been at a podcasting conference and I got in from Boston a little later than I expected to. This one was geared entirely toward educational podcasts (and yes, I do consider this show educational, though it’s probably more in the “edutainment” corner), and I picked up a lot of information I’m hoping to take to my school and see what we can do about getting something launched with my students.

Aaaaanyway, I don’t have a lot of backstory to add to this one, other than that two separate requests for this came in through the Listener Survey (it’s still open; scroll down if you’re still interested in playing along), and because the surveys are anonymous, I have no idea who put the requests in. But thank you so much for your input!

No, wait, I lied. I do have another thing to add. When I was doing the research for this song, I discovered that most people don’t know that it’s performed by King Harvest, which makes sense since they broke up before the song was a big hit. But when you do the Google searches, some of the wrong guesses will pop up in your results. Some people think it’s Van Morrison, which is a pretty good guess actually, but he never covered the song. Neither did Elvis Costello, which is also a popular guess but not an especially good one. But the best guesses are the ones who kinda-sorta remember King Harvest but haven’t quite nailed it. That would be the nonexistent artist Kink Harris. It’s gotten to the point where you can do a search for “Kink Harris Dancing in the Moonlight” and get accurate hits to the song. 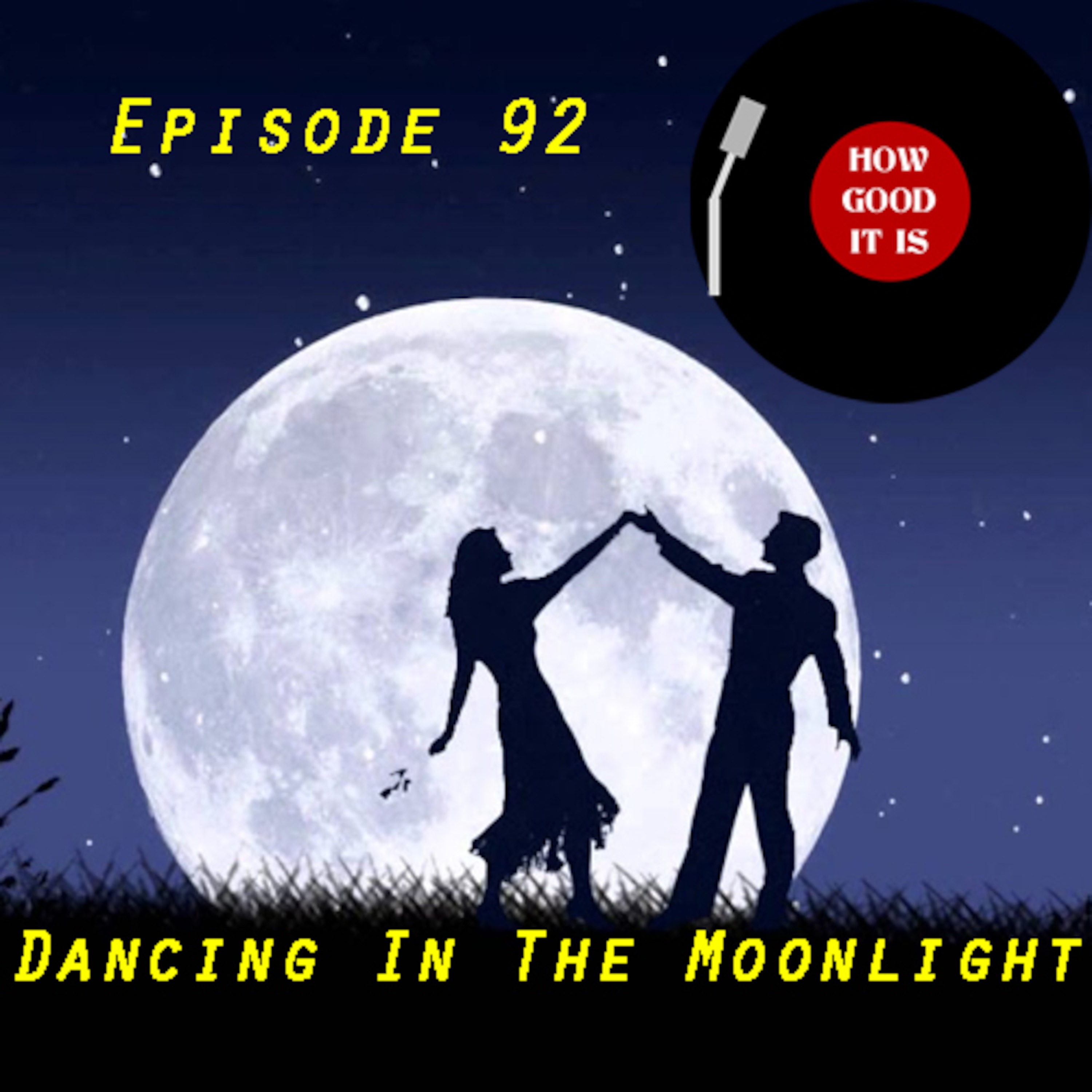 A near-fatal beating inspires a song that describes a world of total joy, and the song fails twice before it becomes a hit for a band that had already broken up.

Holy Moly! The show is back!

For those of you who don’t follow the show on Facebook or Twitter, I’ll be posting the pictures here in another couple of days, outlining the New Studio Project. My return to the Podcast Zone was delayed a little bit by a faulty cable I needed to replace, plus I was getting into a weird funk. But fortunately I got a mental boot in the butt by Greg Yates over at the No Head Trash Nation Podcast. I met Greg a few weeks ago when I was in Orlando and, while he considers himself a relative newbie to podcasting, I’m constantly finding myself saying “Yeah, this guy knows his stuff.” “Holy cow, he’s right.” He and I spoke face to face for about twenty minutes and I’m practically ready to follow him into a burning house. Anyway, Greg’s a smart guy and you should check out his show.

But first, you’ve been waiting forever for this show! And here it is! The songs in this show were actually selected several months ago, and I lost the list. (That does seem to happen to me a lot, doesn’t it.) It turned up when I was cleaning out a computer bag, and I took it as a sign from above. Or from my computer bag, whatever.

At any rate, you probably know that most of the songs I talk about today are covers, but I’m pretty sure I still have a couple of surprises for you. Go check it out. 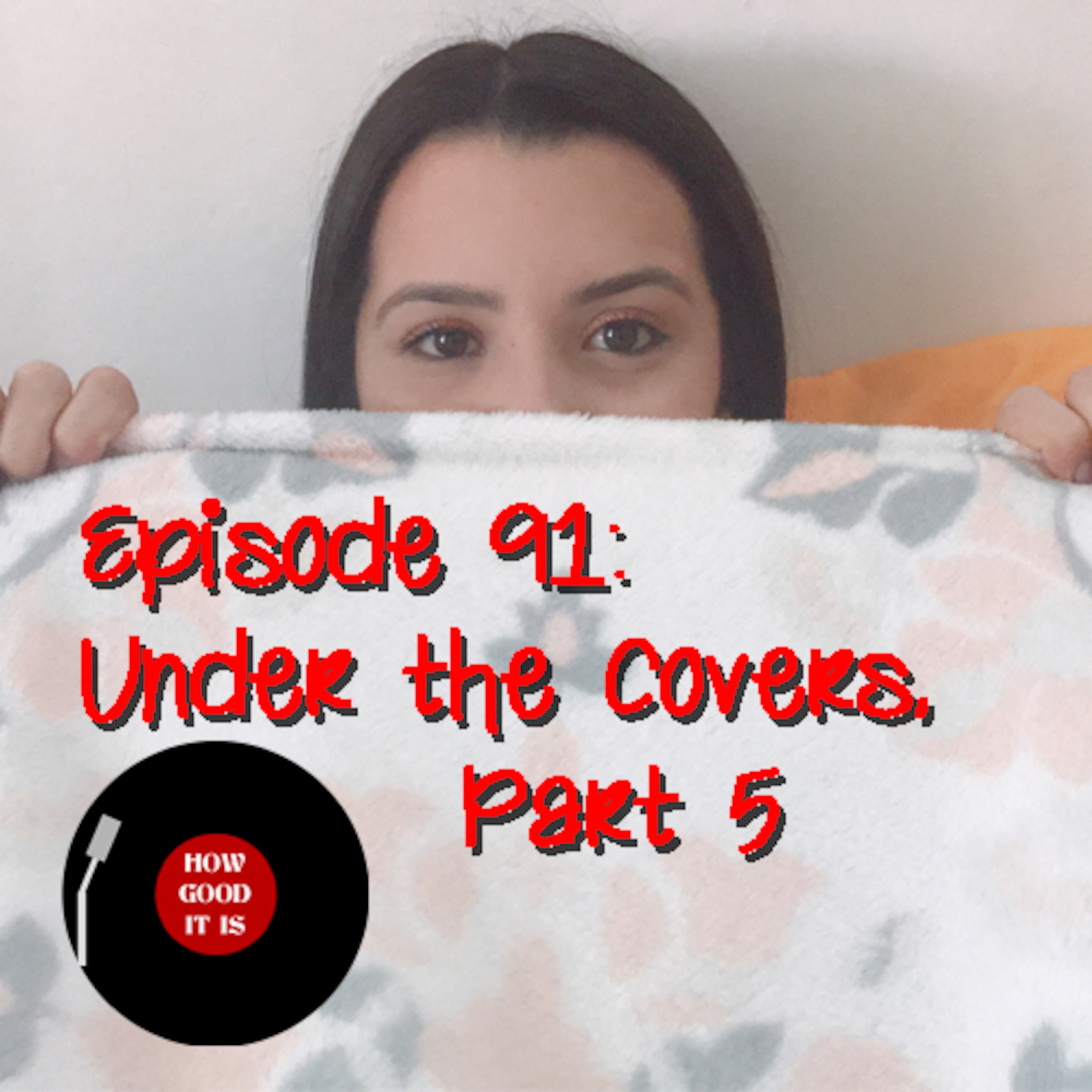 Once again we’re taking a look at popular songs that you may not have realized were covers of other recordings. Some of the stories, I believe, have a deeper history than you think.