You should be forewarned that this episode takes a brief detour into subject matter that’s a little bit on the touchy side. Specifically, there’s a mention of a musician’s gender identity and how it’s affected their relationship with their fans and the media. I hope that’s not a problem for ye.

Anyway, you’re getting two episodes this week, to make up for the lapse I did two weeks ago. So either this is the bonus episode because it’s Monday, or yesterday was the bonus episode and this one is a day late. How you choose to view that, I care not. Anyway, are we good now?

But the members of Nirvana had a tough time dealing with their quick rise to fame in 1990 and 91. They discovered that a lot of their new fans would be bopping about and singing along with their songs without having a lot of idea what the songs meant.

There’s an old Steve Martin routine where he’s playing the banjo onstage, and he comments that “The banjo is such a happy instrument–you can’t play a sad song on the banjo – it always comes out so cheerful.” He even makes an attempt at it: “Oh death, and grief, and sorrow, and murderrrrr…” and that’s pretty much what Nirvana was going through, but in the other direction. Their songs had the benefit of being very catchy, even if the subject matter was kind of dark and alienated, so people were latching on to the hooks (‘scuse the pun, there) in the songs and not really thinking about the lyrics, or the emotions evoked. This provided a weird disconnect for them, and Cobain finally took that emotion and put it into song form. Which didn’t really help, of course, because now they’re singing along to a song that’s basically mocking them.

As the fourth single from Nevermind, “In Bloom” was Top Five in the US on the Album and Mainstream Rock charts, and Top 30 pretty much everywhere else. When the Singles box set came out in 1995, it re-surfaced on a few European charts for a bit. But at that point Cobain had already died by suicide, and Nirvana was no more. 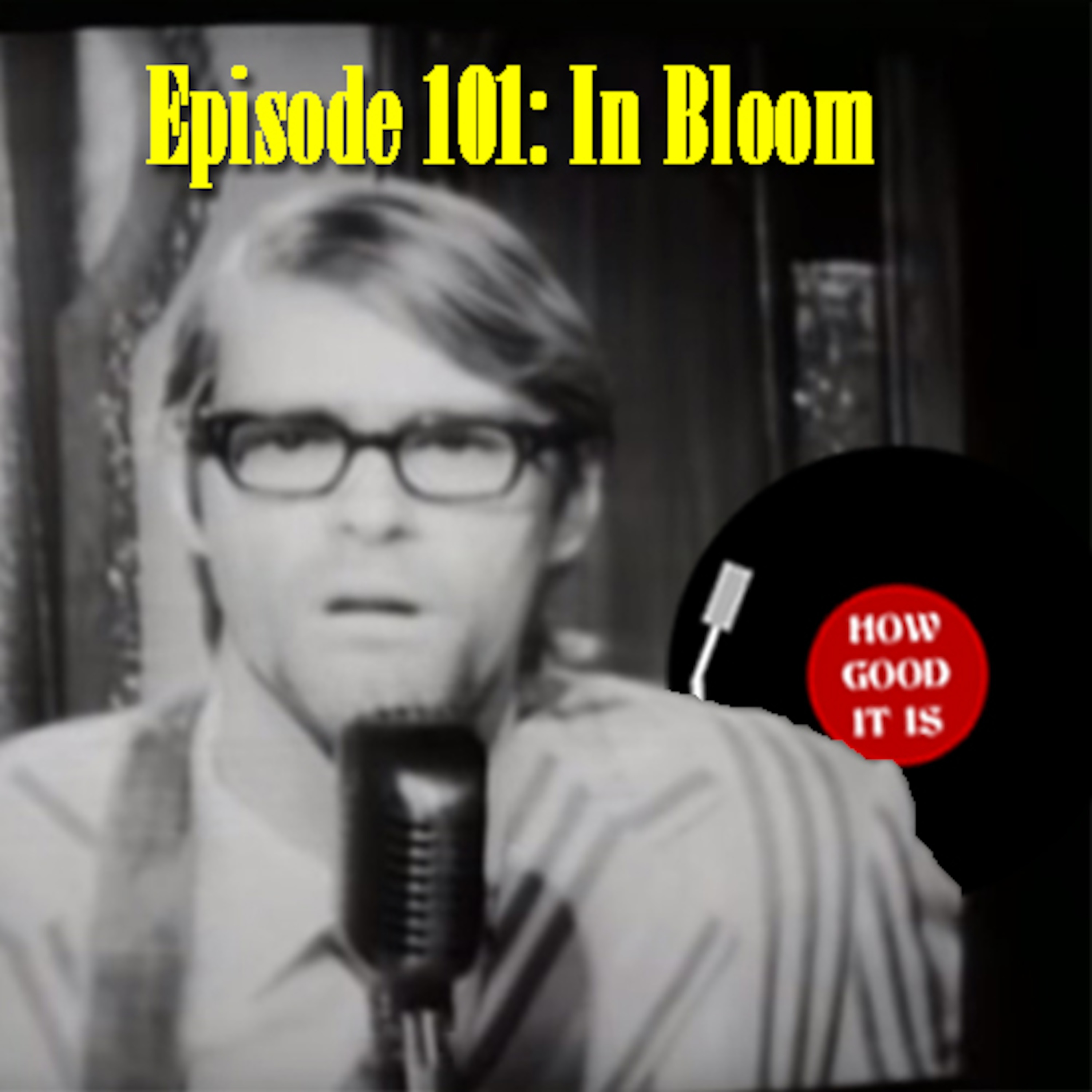 As Nirvana picked up fans, they noticed something peculiar about them–they didn’t know anything about Nirvana. So Kurt Cobain wrote a song about them.

Holy Moley! Episode 100! What a milestone!

This is the first of TWO episodes I’ll be publishing this week. You’re getting this one now, and another one sometime tomorrow, because I felt badly about taking my time with Episode 99.

As I mentioned during the show, the Phil Spector-produced Christmas album went through several re-issues and name changes between its release in 1963 and the early 1980s, including an unfortunate period when the album was remastered into manufactured stereo. In those days, that often meant that the higher-end sounds went to one channel and the lower-end stuff went to the other. It was a mess and really added nothing to the product overall.

At any rate, it was around the same time in the 1980s that a bunch of different events came together and allowed the song to finally break out. One was the reissue of the album on Rhino Records, in its original mono mixes. The second was Darlene Love’s appearance in a Broadway show, which led directly to her string of performances on David Letterman’s show on both NBC and CBS, and finally we have the cover version by U2 the following year. All of these things made for a resurgence in both the popularity of the song, and in Darlene Love’s career. 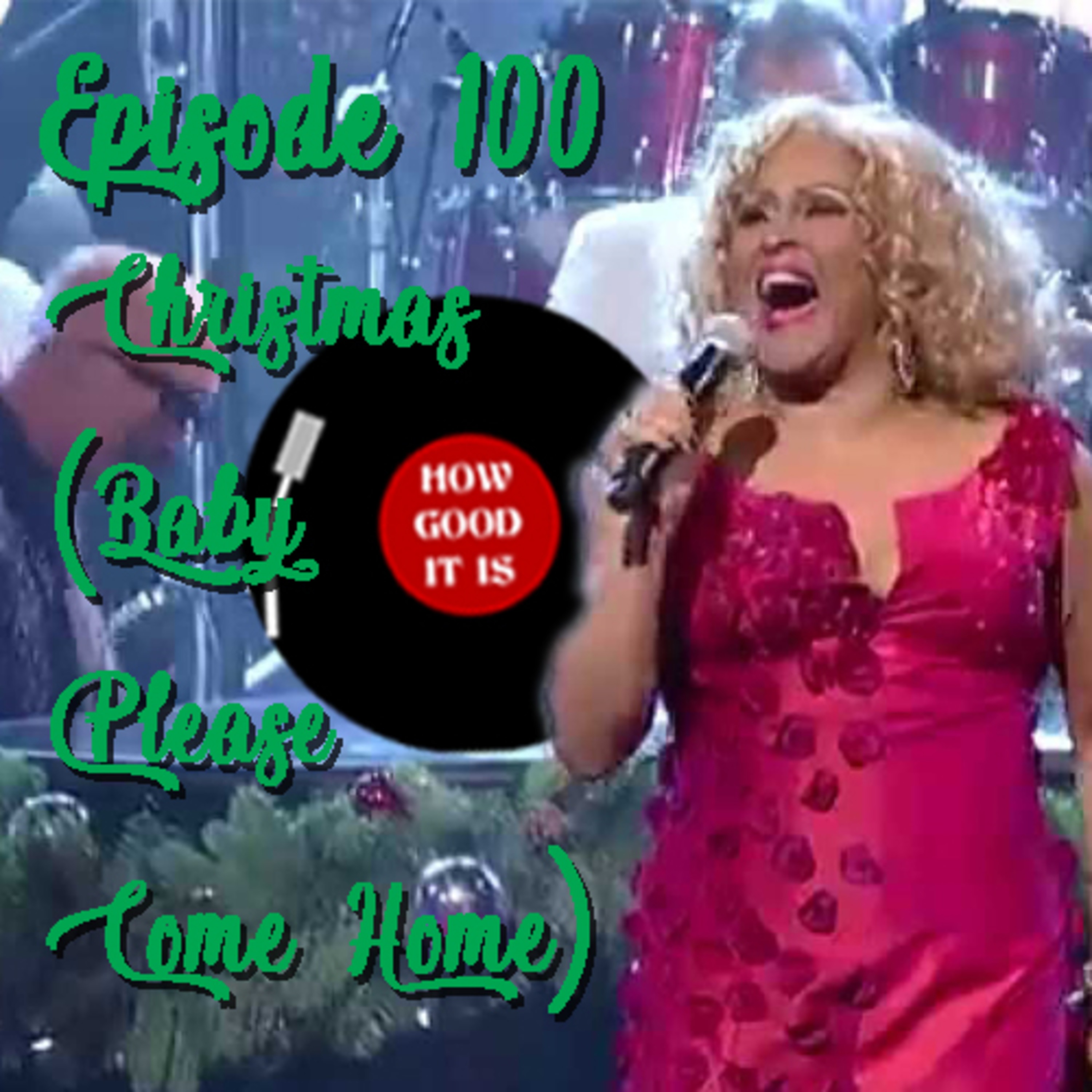 Phil Spector’s Christmas album from 1963 had only one original composition on it, and it went pretty much ignored for over twenty years.

First off, my apologies for the delay in this post. It appears that GoDaddy likes to do scheduled maintenance on Sunday nights, so I’ve been getting blocked out of the site on my end lately. At your end everything looks fine, but I can’t create new posts or transcripts or anything, really.

This week comes to us by request of Innkeeper Freddie, about whom I’ve gushed a little too much already. There are links to his show in the Episode 98 post below. He asked me to do this the day I met him, and who am I to disappoint.

“Purple Rain” the song was one of the last written for the movie, and it only became the title of the movie once the director managed to impress upon Prince how important it was to the scene he envisioned. Once he got a handle on that, Prince then asked him if the movie could also be titled Purple Rain. Given that hardly anyone expected anything to come of the film, the production company didn’t have a problem with it.

The extraordinary thing about the Purple Rain soundtrack is that three of the songs—including the title track—were recordings made of the first time the band ever played them for an audience, at the First Avenue Club in Minneapolis. The other two songs needed a bunch of post-production reworking, but “Purple Rain” only needed to be cut for length and not much else.

It’s unfortunate that, because of the Me Too movement, the film hasn’t really aged well (women are treated pretty poorly), which is a bit of a shame because, considering that it was a first-time director working with an entire cast that had never been in a film before, it’s not that bad. Also, as it turns out, Prince was a bit of a natural in the sense that the concert scenes were shot in about one-fourth of the typical time, partially because he didn’t want to do a million takes of every song, so the director set up multiple cameras and each song was performed three times, tops. And, as the story goes, Prince hit his marks exactly each time, making the editing much easier later on.

For those of you who listen or download here, enjoy this bounty:

And as usual, you can click here for a transcript of this show. 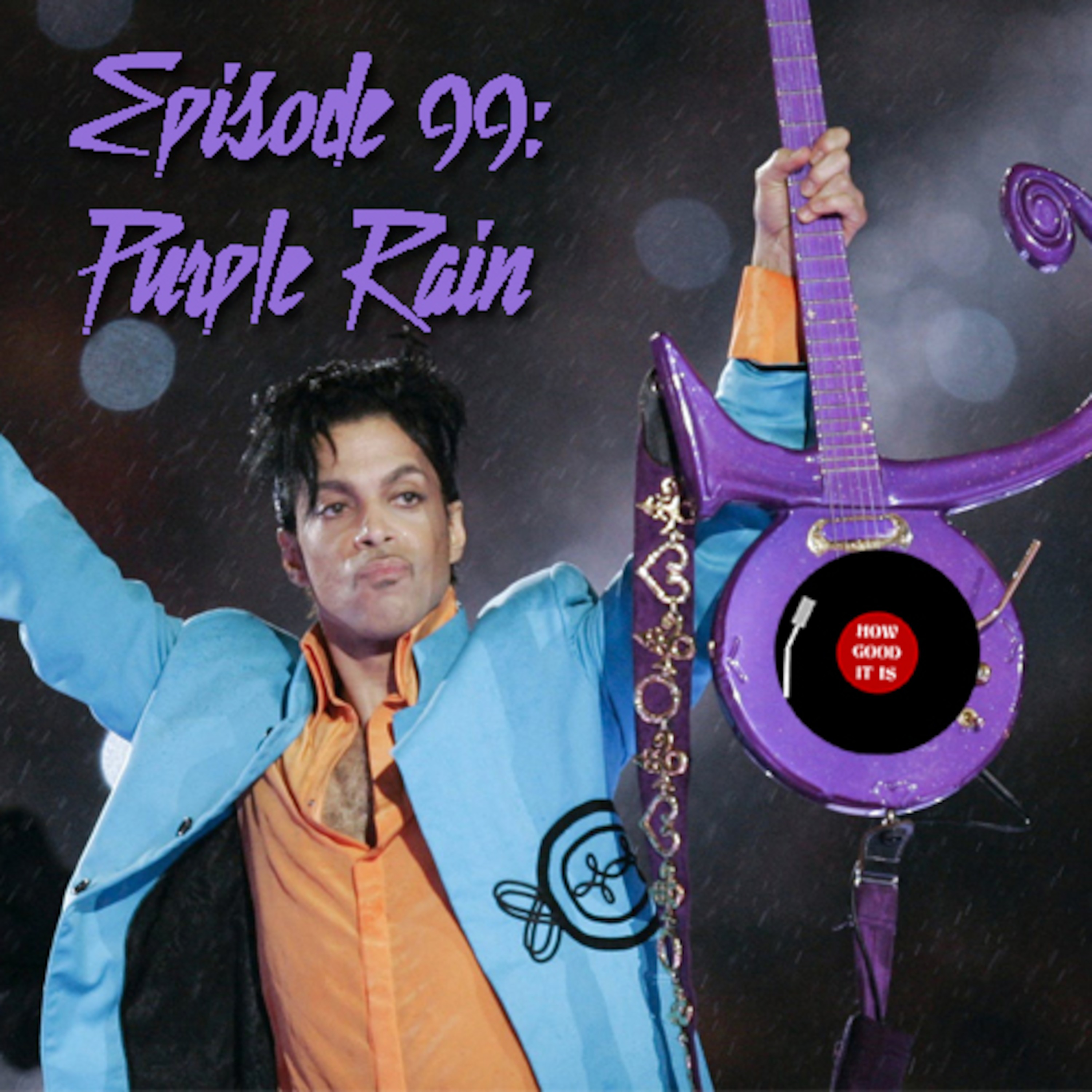 Prince’s first trip to the Top Ten was a slightly edited version of a live recording of the first time he and the Revolution played it for an audience.

Holy Cats. I completely forgot that my website host wasn’t working when I did Episode 97, and I didn’t do a post for that one. It was down for maintenance, and I never came back to it. Shame on me.

So for those of you looking for an entry for “Like a Virgin,” sorry. There isn’t one. We’ll just have to let it stand on its own.

In the meantime, I was thinking about doing the Sam Cooke song, but every time I hit the Internet to do some research, I’d bump into the Louis Armstrong song, so I figured, Why not do both in a single show? And so here we are, with a show that talks about both songs and the stories behind them. Especially interesting to me is that both songs picked up a following in Europe that didn’t have a lot to do with their performance in the US.

Click here for a transcript of this week’s show. And, of course, if your podcatcher hasn’t already picked it up, click below to listen/download it.

ADDENDUM: I noted during the show that next week’s episode was a listener request, and that wasn’t a lie. I should note, however, that the listener is another podcaster who calls himself Innkeeper Freddie, and he runs an interview podcast called Guestbook. Freddie runs a bed-and-breakfast or two in the heart of Washington, DC, and he interviews some of the people who stay at his B&B. Consequently he gets in a fascinating array of people, all of whom have some neat perspectives on life in general, plus the discussion is capped off with the “Seven Questions,” which is a fixed set of questions that he asks of all his guests. It’s definitely worth a listen, and you can check him out here. I got to meet Freddie a few weeks ago at the PRX Podcast Garage in DC, and now I’m playing catch-up with his show. He’s a really enthusiastic guy whose show isn’t getting the love it deserves.

This is mostly here for the embed link, and for the link to the transcript, which you can find here. 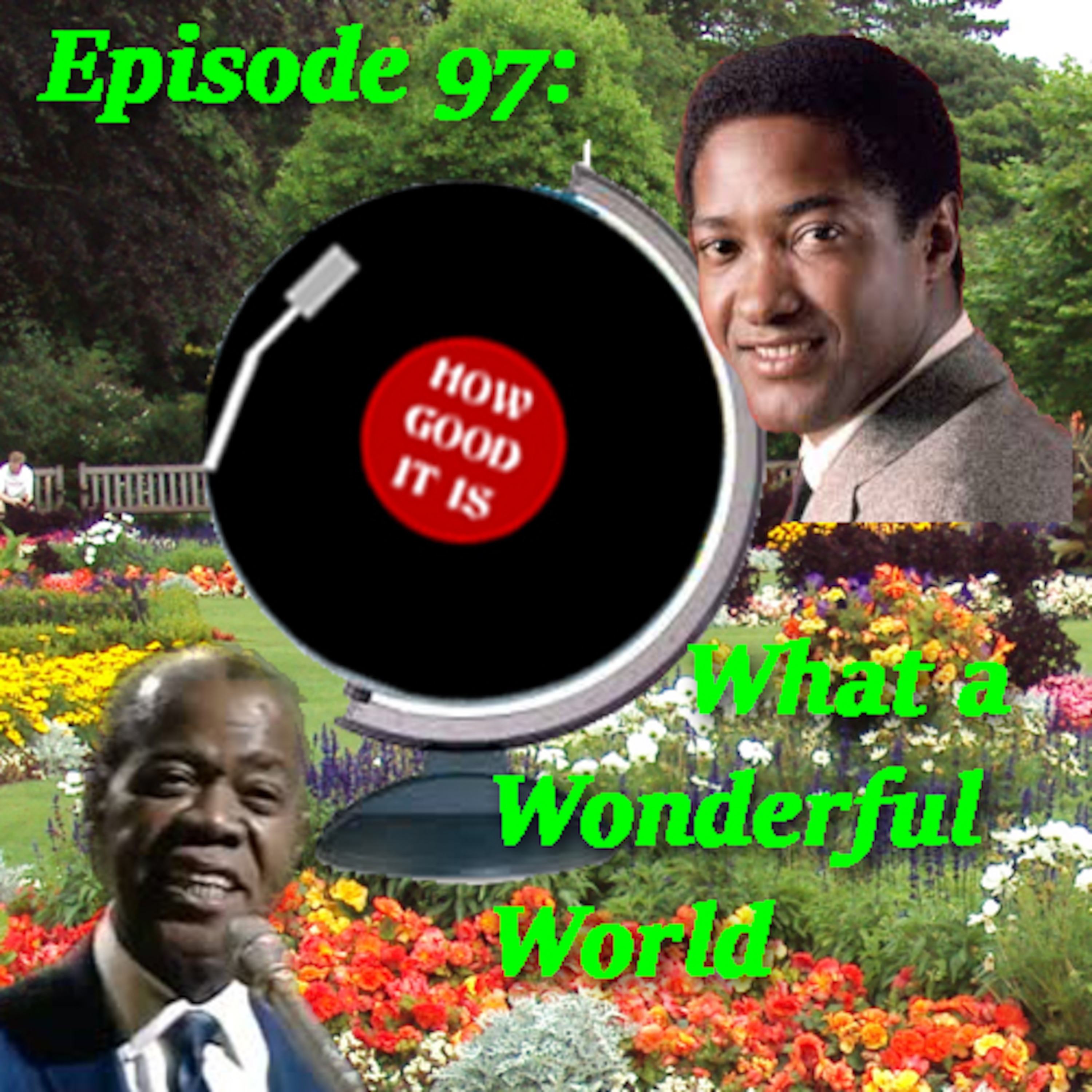 This week we take a look at a couple of songs that have the same title but are different, and which had different lives on opposite sides of the Atlantic Ocean.