John Fogerty had already picked up some popularity with his band The Golliwogs, but Uncle Sam came a-calling in 1966. In order to avoid being sent to Vietnam, he instead enlisted in the Army Reserves, where he served for a while until he was discharged honorably.

In the days that followed the discharge, he wrote a song that he knew immediately would be a hit on the level of the bigger songs of the Tin Pan Alley days. And, given that other artists recorded the same song within a few months of its release, he was correct in that regard.

The new owners of their label, Fantasy Records talked the band into changing their name to something a little less offensive in exchange for the opportunity to record a full-length album (rather than the singles they’d been making), and the band, not being fools, agreed immediately. The original name had come from Fantasy’s previous owner, so they weren’t really married to it anyway.

Thus it was that The Golliwogs became Creedence Clearwater Revival, and Bayou Country their first album.

A little Q&A before we move on to the next episode:

What’s up with all the double posts, all of a sudden?

That’s a side effect of moving the show over to Blubrry from Podomatic. When Blubrry imported all the episodes, it created the duplicate posts, which it copied from Podomatic’s website. Episode 105 was never posted to Podomatic, and that’s where the duplicates stop. So I’ll have to go back and re-do all my posts to eliminate the duplicates. A pain for me, but it made the changeover more painless for you. I hope.

How did the show get its name, anyway?

It took me a while to come up with this name, but it derives from a comment I made in a Facebook group dedicated to music, called Oldies But Goodies and Good Music. Every now and again, someone would post a link to a song from the 90s or newer, and invariably there’d be a complaint from someone that it wasn’t an “oldie.” My response was usually, “It’s not how old it is, it’s how good it is.” Coincidentally, this is also the motto of Rewound.com, Allan Sniffen’s streaming oldies station. (If you have fun memories of the classic disc jockeys, you should definitely give it a listen.)

I’m going to give an extra Thank-You to Allan for helping me out with one of the first episodes I recorded. He provided me with some awesome audio that I was able to use in Episode 4 (Get Together).

Anyway, when I was searching for a name, some people made suggestions that were close but no cigar, and a couple of them were kind of close to this phrase, so I finally pulled the trigger after ensuring that the domain and show name were available.

Why do you do those stupid jokes about the “slash” and saying “ye” during the trivia question?

“Slash” is a joke that Cousin Bruce Morrow has used on his SiriusXM radio show for many years. I literally grew up listening to Cousin Brucie and it’s just a hat tip to him.

“Ye” is a bit that the old Don & Mike radio show used to do once in awhile (I think it was more of a Don thing than a Mike thing). I know I’m using it incorrectly but it’s just fun.

(How am I using it incorrectly? “Ye” doesn’t mean “you,” it’s an archaic way of writing “the”, when printers and scribes used the letter y to represent the no-longer-used [even then] “þ” character, which was in fact pronounced “th”.)

Also homage: when I’m wrapping up the show and I say “That’s a full lid,” that’s a nod to The West Wing. It’s something that C.J. Cregg says when she’s telling the press corps that there will be no more news coming out of the White House for the day. It’s also something that real WH press secretaries have been known to say.

OK, what about the other weird joke, when you introduce yourself?

That’s just a little window into my soul that day. A lot of people kill time during their shows telling you about their entire lives but I can’t do that. Shoot, more people know about my life by reading my wife’s Facebook page than they do mine. But a little self-expression can’t hurt, right? Especially when it’s literally half a sentence.

How far in advance do you record the shows?

Not at all. I write over several hours’ span Saturday and Sunday, then I go into my recording space and set up my audio bits, record the show, edit it, run it through processing and post it. The writing takes the longest time to do because I’m always finding stuff, moving it around, trying to shape a coherent story. Recording, editing and uploading takes about two hours, depending on how well the initial recording goes. If I don’t have to edit, it’s a very quick process. But since I have to account for the music in the background (yes, I mix as I record), sometimes editing is a huge pain.

But I think I do a better job when I work under some kind of “get it done by Sunday night” pressure.

Not always, but I view that as a challenge. There are a couple of songs I’ve discussed which I really, really don’t like. I may understand them a little better, but I still don’t like them. However: if I can manage to make those songs interesting, then I’ve done a better-than-usual job.

And frankly, there’s some appeal in hearing from listeners—and there have been several—who have told me that they will listen to some shows despite not having much love for the song identified, and manage to come away with a different way of appreciating it, or are pleasantly surprised to learn the story behind it. I’m not converting any fans any more than I convert myself, but that’s OK. Chacun à son goût, as the French say (“each to his own taste”).

OK, that’s enough procrastinating for today. Tune in tomorrow and we’ll learn about “Proud Mary” together.

Thanks for your patience as the show migrates from one server to another. As I noted on the social media, I’m working hard to make it as invisible as possible if you listen via Google or Apple or Spotify, etc. And the website here is going to look kind of weird for awhile with a lot of double posts for previous episodes, until I pick my way through and fix them, one by one. Fun, Fun, Fun!

This week, we’re taking yet another look at a few songs which you may not have known were covers, and nearly all of them were suggested by a listener named Kim, who didn’t feel that a shout-out was necessary, but obviously I don’t feel the same way. Kim had a list of songs that could work, and I said “Sure” to most of them, with a single exception, and that’s mostly because the story is a little convoluted and I may have to turn it into an episode of its own down the road a ways.

Anyway: a new hosting partner means a new player here on the webpage for you, and I do have a little bit of customizing control over it (something I didn’t previously have at all), so I’m happy to hear your suggestions. And, of course, please let me know if you hit any weird technical snags.

Finally, as promised: here’s the original French song I discussed during the show. Check out those lyrics; it’s rather poignant.

First up: A Hat Tip to Jeremiah Coughlin of the podcast Brine Time, a podcast dedicated (but not limited to) the Portland (OR) Pickles baseball team. He wanted to hear about some Foreigner, and coincidentally I just picked up a copy of Agent Provocateur, so we were off to the races. Anyway, Jeremiah and his partner Jake Silberman are a funny couple of guys who know how to convey their fandom in a fresh way. And now I kinda have an idea for another podcast. Aberdeen Ironbirds, are you paying attention?

I think I’m the one person who didn’t hate Agent Provocateur as an album when it first came out in December 1984, because the critics gave it a beatdown. It ultimately yielded four singles, two of which did…okay, and the other two did very well, including this one, which was their only Number One track in the US and the UK, not to mention a bunch of other countries around the world.

Not bad for an album everyone hated.

But while the work was good, Lou Gramm was itching to work on a solo project, and he used “I Want to Know What Love Is” as one of his reasons for bailing out for awhile, so he could go work on his solo album Ready or Not almost simultaneously with their sixth album, Inside Information. And it seems like both albums suffered as a result.

So here’s the show, and then go listen to Jeremiah and Jake.

And click here for a transcript of this episode. 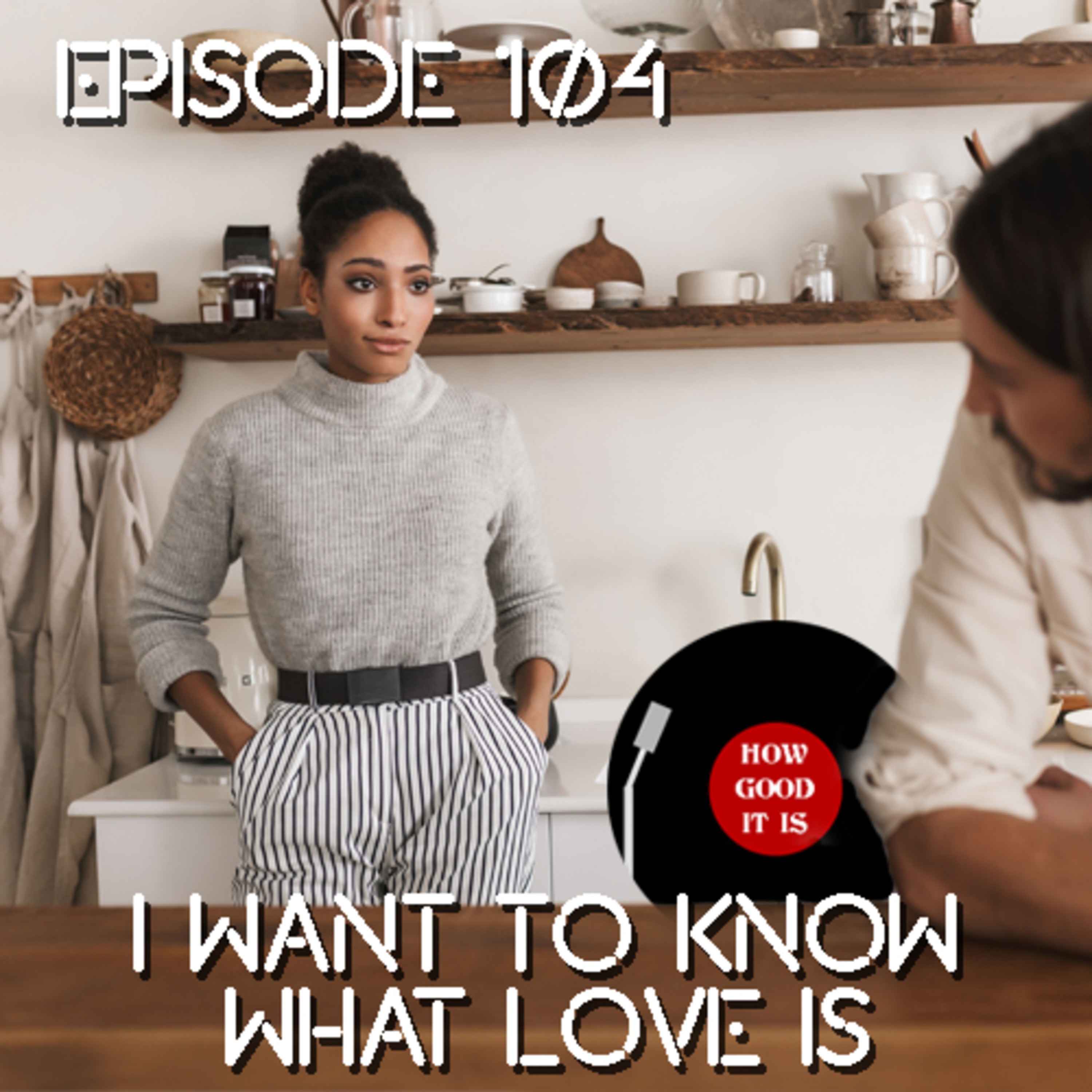 Released just before Christmas 1984, this became Foreigner’s one and only chart-topping hit in the winter of 1985, and it was a nail in the band’s coffin.